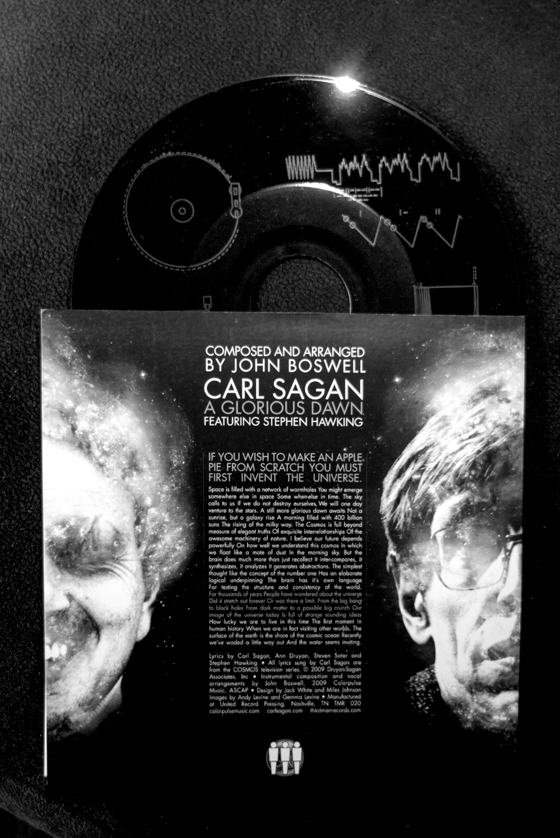 Jack White + Carl Sagan (feat. Stephen Hawking). Released on the 75th anniversary of Carl Sagan's birth, this is a limited edition single published by Jack White's Third Man Records. Includes words by Carl Sagan and Stephen Hawking with music by John Boswell. The B side is a copy of the etching included with the Voyager Golden Record, sent to space in 1977. 100% nerd, of course. That's what I am.